WHY MOST PEOPLE GET MOST THINGS WRONG MOST OF THE TIME

One of the biggest tragedies of modern day investing is that most people get it wrong and I don’t just mean the casual stock watcher, I mean the traders and portfolio managers and advisors and brokers and all the other professionals who bank (no pun intended) on their collective skills in predicting future events. These days much of that skill is embedded in the notion that an academic credential prepares an individual for higher probability success at investing than good old fashioned combat training. By that I mean take any bright, anxious, confident PHD (poor, hungry and determined) and throw him or her to the wolves and see what happens. If money can be made, it can be made again, even in a random setting.

Where the wheels come off this very simple premise is in understanding the role environment plays in shaping both the tutor and student. In most cases this is easily explained in the context of what Nicolas Taleb calls “Black Swan” events, or those events that unexpectedly alter our society, if not the world. For example, I began my trading career during the early 80’s when the Fed Funds rate was near 18% (FYI it’s at 0.25% today). The logic that drove the markets had become so passive through the 1970’s that nothing as obvious as the low valuations of the broad indexes could implant in the minds of investors, intoxicated by the idea of getting 18% annualized in their money market funds, that there was something better. But what happened as the economy began to recover in earnest the rush to buy stocks was muted, even as the reaction of the indexes was fierce. It was obvious to anybody in the business that people had gotten used to fearing the stock market for so long that no sign of recovery could be believed, that is except to the next generation of investors, like me. We got bullish and so bullish that even the crash of ’87 didn’t derail us, or later our irrational exuberance stop us. We bought until we were stopped by the dot com crash. But that didn’t last long, by early 2001 things were looking up and the bulls came back, barreling though 9/11 and producing new highs in late 2007 with nothing more than astronomical home valuations, sky-high oil and gasoline prices, and an FOMC board that had been finishing up a string of rate hikes nearing 17 times. In fact that generation was so accustomed to being bullish that they’ve been buying all the way down from those highs and even today are peppering the airwaves beckoning us to try again with nothing left to fuel us but optimism. As the (slightly altered) quote goes, “That and $3.50 will get you a cup of coffee”, but I think you know what I mean. 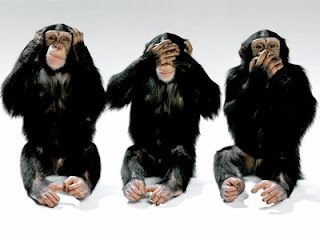 Every generation picks its trend and sticks to it until it’s too late, then makes the big mistake
Generations get caught up in the extremes of their times just as many of our parents and grand parents lived though the depression. They understood the value of being frugal, patient and dare say humble, but not their children. The boomer generation was spendthrift, anxious and arrogant. And each had a way of looking at the capital markets, leaning with their hearts and not their minds. My generation couldn’t envision a market where interest rates didn’t move lower and stocks didn’t move higher, but the current generation is looking at something completely different, or are they?

These days through the benefit of having children in their twenties, I can honestly say risk is the last thing on their minds. Not personal risk, or career risk, but financial risk. And while the crash had little effect on their lives, although many teens found out their college of choice is now out of reach, the net result is less spending beyond their means and more clarity regarding costs. And it’s wide ranging, from utilities to health benefits, little regard for their 401k contributions (if any) and forget about cars and car insurance. My children know a lot of their peers who’ve lost their jobs or are struggling to find one. Simply put life is expensive and unstable and in my judgment that emotional state will last long after the economy recovers and will affect everything from, fashion, to music, politics (it already has), investing patterns, parenting (hopefully they’ll be less liberal) and spending. In the end the economy as our generation remembers it will be a faint memory and the new generation will flog their passive view of life until the signs to let go become too great to ignore. And by then like every generation before them they will be “right” on the way up and “wrong” on the way down, and their only hope is that they remain optimistic.
at March 09, 2009

Email ThisBlogThis!Share to TwitterShare to FacebookShare to Pinterest
Labels: TSC